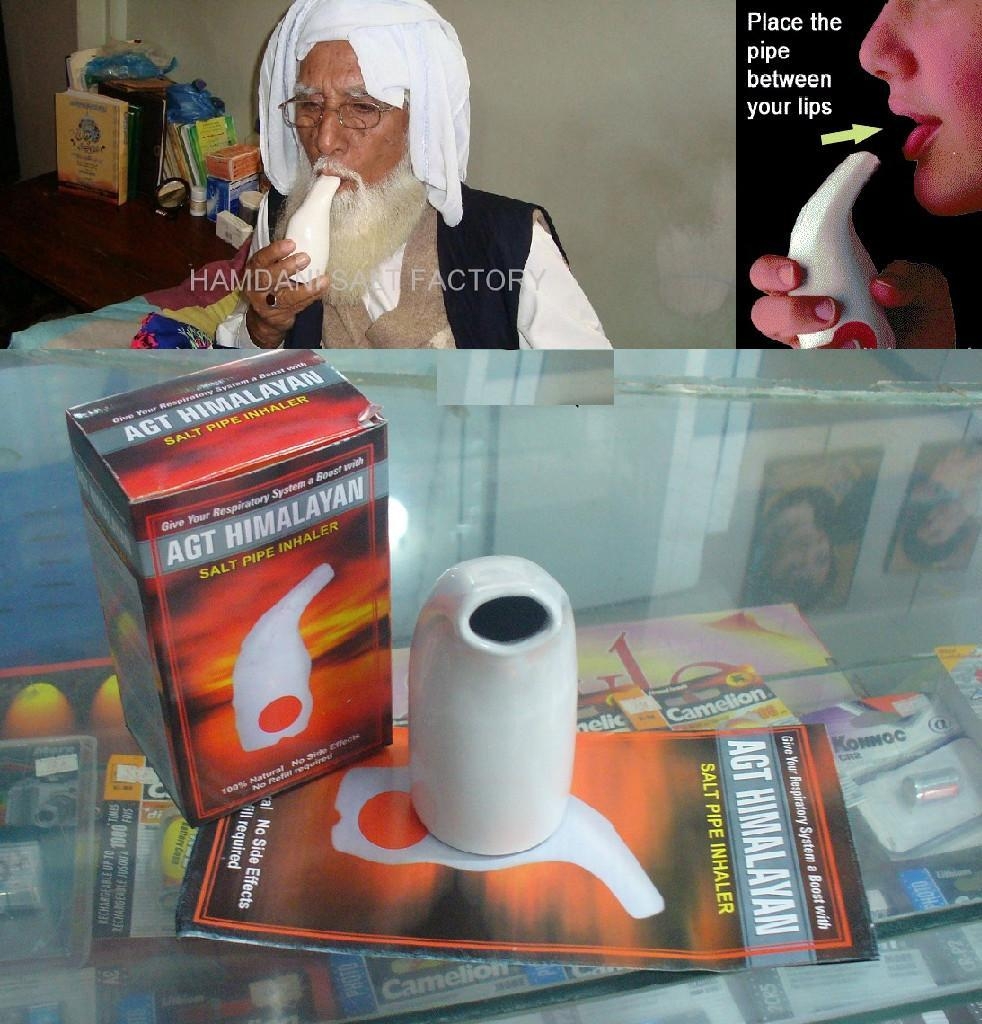 Since the negative effects of air pollution seem to be completely inescapable, it seems logical that we must purify and take care of our respiratory system just as is done with our skin, hair, etc. Major respiratory disorder diseases such as asthma, allergies, and bronchitis are all associated with pollutions as we can see that these diseases have been increased in industrial countries  found that allergic diseases are a common and increasing problem in Western Society. Walker and Sheikh (2005) report that approximately 20% of the UK population (and about 75% of those with asthma) suffer with some form of rhinitis but the large number is highest in adolescents and young adults. In order to maintian our healthy living in this century, the benefits derived from ancient salt-cave therapies well known in Eastern and Central Europe can be harnessed in a unique way to maintain optimum respiratory function.

The instrument contains Halite mineral Rock salt from Himalayan Salt Mines that have originated in Himalayan Salt Rang Mountain Pakistan, It is a the AGT Himalayan salt Pipe inhaler for providing convenient way to improve and maintain your breathing at your home.
they have been used to successfully treat all kinds of respiratory disorders. Breathing through the Saltpipe will draws air across the 20-22 million year old minerals, the beneficial effects of which then reach every microscopic aspect of the respiratory system and could influence breathing problems which may be caused by:

The Salt  Cave therapy is not new. It has been described by a Polish physician F.Bochkowsky described them in a book published in 1843 that salt miners rarely suffered from respiratory diseases. Since then, thousands of people have visited several salt mines, caves and subterrenial sanatorium in  Pakistan Kwera salt mines Asthama resert, Prajd-Romania, Wieliczka (Poland), Solzbad (Austria), Parajd (Romania), Solotvino (Ukrainian Carpathians), Nakhichevan (Azerbaijan) for treatment of respiratory problems such as asthma, inflammation of upper and lower respiratory tracts, and some allergies. At Prajd and Soltovino, several thousand of people having problem with respiratory illness have visited these cave yearly because the salty, disinfectant air inside mines is very useful for healing and easing asthma and other respiratory diseases. The practice of bringing patients with respiratory diseases down into salt mines for treatment gradually spread throughout Eastern Europe. It is a common and well known treatment in eastern and central Europe, but almost unknown elsewhere. This drug-free and non-invasive and pleasant treatment may be used as an addition to or as an alternative to the traditional medications. However, because of travel, transport and other associated problems cave therapies are expensive, time-consuming and not readily available.

·         The AGT Himalayan Salt pipe is a handy device of self-care based on age-old Salt Therapy [Speleo/Halotherapy (www.scientiapress.com/findings/ht.htm


HOW TO USE AGT HIMALAYAN SALT PIPE INHALER 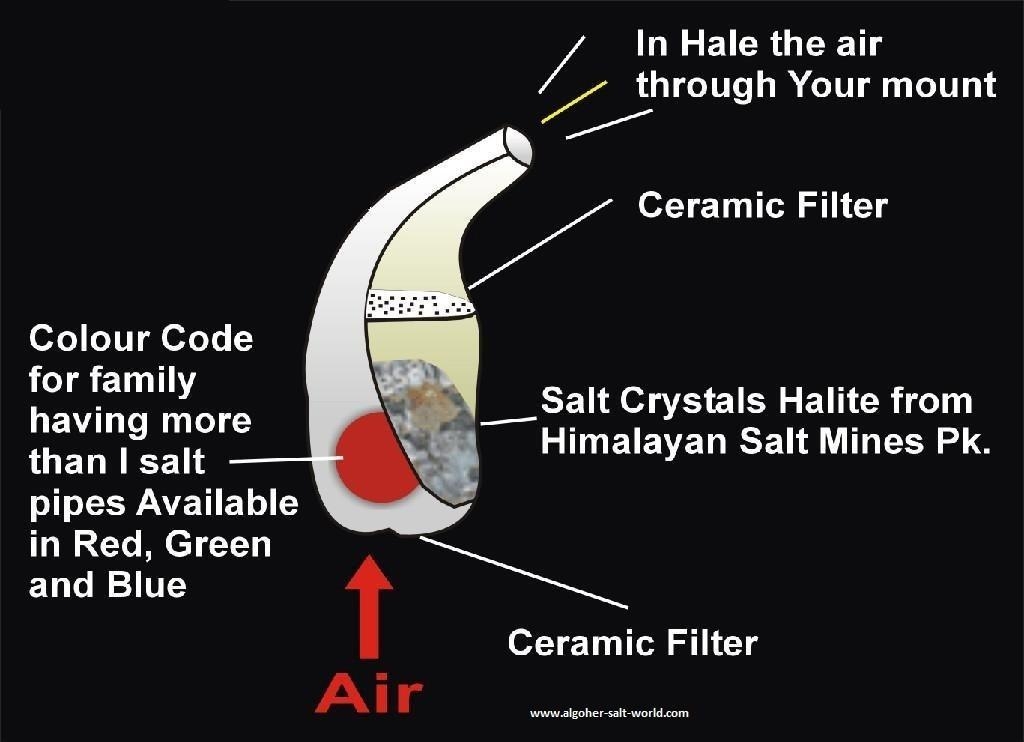 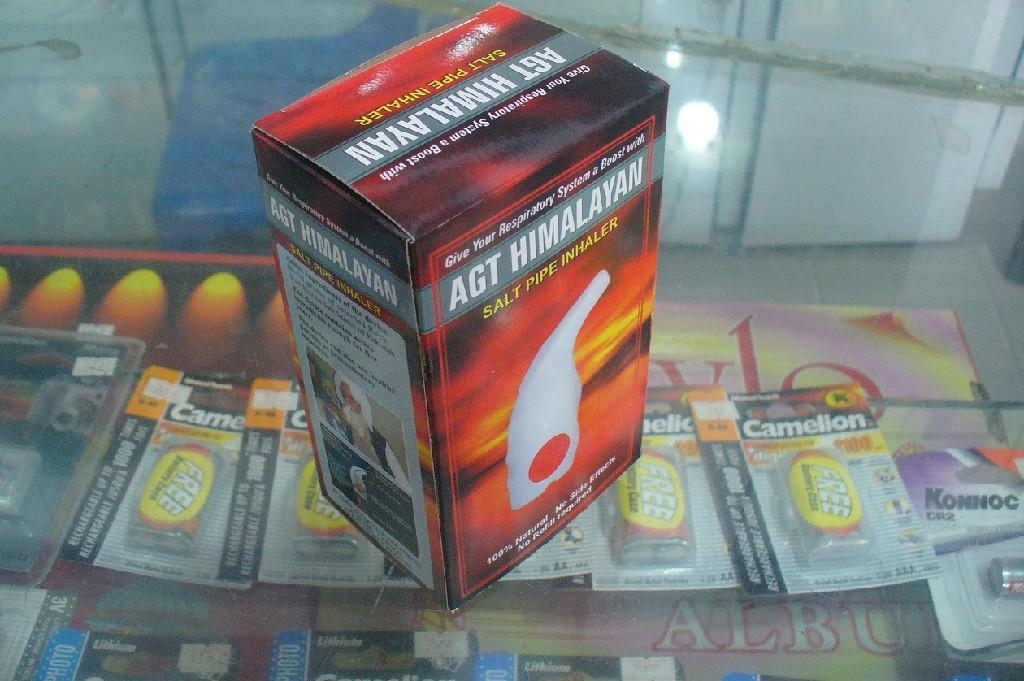